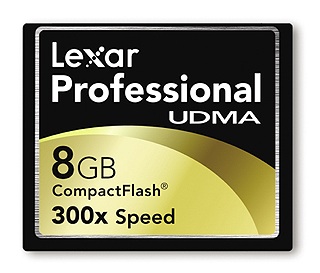 While most people specifically those renting digital cameras from rental companies find a Sandisk CF card included with the rental package. These new offerings from Lexar are well worth taking a look at.

Though Sandisk may have the strongest brand name in the flash memory market, they are not without their short comings in terms of the cards life span based on read/write capacity, and they also are the most expensive. 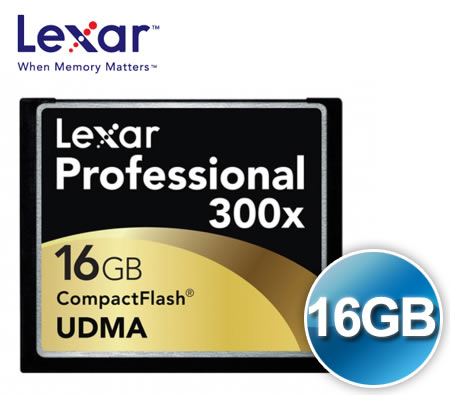 Lexar is actually a wholly owned subsidiary of Micron Technology, Inc. A company that like Sandisk manufactures there own flash memory chips.

For those not familiar with Micron Technology who markets there DRAM as Crucial memory and Flash memory as Lexar; Micron and Crucial memory has been the brand of choice for those building hard-core gaming computers and home computer enthusiasts that have been over-clocking their processors since the days of the Pentium 166.

The reason these computer users have chosen this brand of memory is because it takes the abuse, it runs fast, stays cool, and rarely to never causes system errors. This has also been my personal experience. I have been over clocking my PC’s including this sites servers for years using Crucial DRAM. And MAC users will find the Crucial memory is more stable and less expensive than other memory for Mac’s.

This UDMA 300X card was tested in the Phase One P25+, P30+ backs, the Leaf AFi that was presented a few weeks ago by FotoCare and Leaf, and it was also used in the Canon 5d, MKII & MKII cameras.

After capturing to the card, and reformatting after every download, reformatting for every system change, including formatting it to both MAC and PC operating systems and using it to transfer video files; the UDMA 300X never had any problems.

The fact is when used in conjunction with the Lexar Professional UDMA Firewire 800 reader this is the fastest CF card data transfer combination that you can currently buy including any offering by Sandisk.

“..Blazing Fast!!” was what everyone that tried the card and card reader combination said.

Since we don’t have any speed test software the best we can offer is our opinion. But when compared to the Sandisk Ultra III that we have here. We saw data transfers taking seconds with the Lexar UDMA 300X as opposed to minutes with the Sandisk card.

Now as you can see below the Lexar option from a cost/performance stand point is by far the better option.

Once again we see that checking out all of the options can not only save us money it can boost our workflow performance.